Breakthrough In Electricity From Wi-Fi Signals

Devices transform Wi-Fi signals into electricity – for medicine, the Internet of Things and mobile phones without a battery. 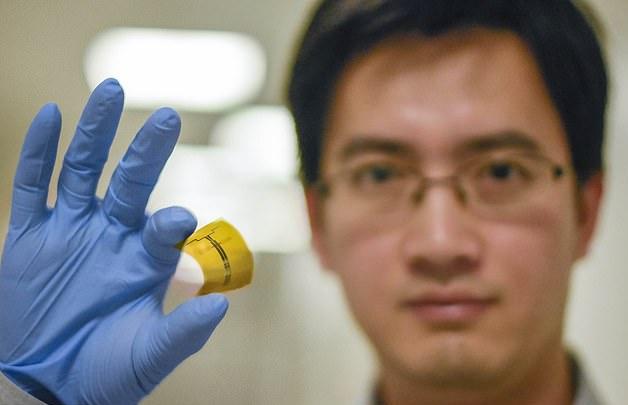 Plants, waste, urine: It does not surprise us anymore, from which strange sources electricity can be made. But many people think Wi-Fi signals are not spontaneous yet. There are already technologies that allow us to use the electromagnetic waves of wireless networks that are buzzing around everywhere. Researchers at MIT and the Technical University of Madrid have now achieved a breakthrough. They come closer to the ultimate goal: that laptops and smartphones can do without power cables or even batteries.

Here’s how it works: A radio frequency antenna captures the AC signal and sends it to a converter. There, a semiconductor turns the signal into DC, which can drive electronic circuits or charge batteries. Such devices are not new in principle. But the previous ones were tough, the new one is pliable – the semiconductor used, one of the thinnest in the world, is only three atoms thick. In addition, the device is much cheaper. Large-scale commitment to countless sensors in the internet of things, the collection and utilization of data from the physical objects of our everyday life pays off.

Most spectacular, however, is a medical application that should soon be possible: pills for swallowing, which collect data on their way through the body like small labs and forward them to a computer to make the diagnosis. They too need a power source. Batteries are possible but dangerous: if they leak lithium, the patient could die from them. The “harvesting” of electromagnetic waves from the environment of the body is the far more elegant and safer solution.

Of course, the technology has to become even more efficient. The previous rigid rectifiers made of semiconductors silicon or gallium arsenide were able to utilize as much as 50 to 60 percent of the energy from the signal. The molybdenum disulphide used now, which is one of the “two- dimensional” materials because of its extremely thin structure, has a maximum yield of 40 percent, with a typical WLAN signal as low as 30 percent. It is not just researchers from the two universities who have published their results in Nature (January 28) to improve their efficiency. The US Army also supports research – which suggests military use.