Chinese Chang’e 4 landed successfully on the far side of the moon. 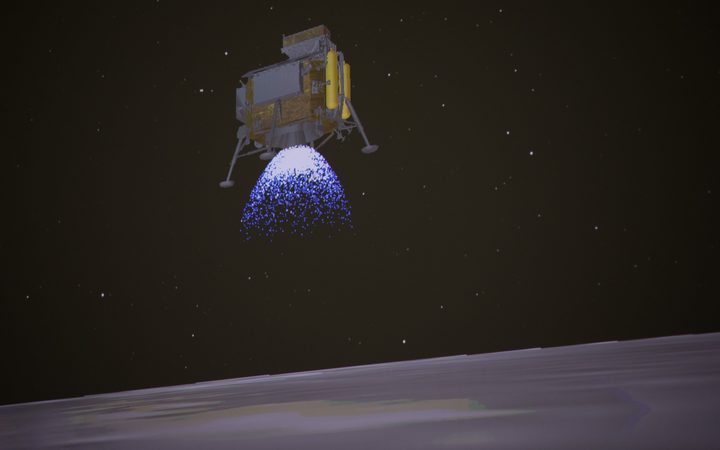 For the first time in history, a spacecraft landed on the back of the moon. The Chinese “Chang’e 4” landed at 3:26 am on Thursday morning at Aitken Crater near the south pole of the Earth’s moon. This was reported by the official news agency Xinhua. The state broadcaster CCTV spoke of a successful landing.

There have been many excursions of spaceships and astronauts to the moon. But China is now the first nation to land on the opposite side of the moon. Aboard the “Chang’e 4” is a robotic vehicle, which is to explore in a next step, the terrain around the landing.

Chinese experts had described the mission in advance as very demanding. A hurdle was no smooth communication with the earth, because on the back of the moon no direct radio connection can be established. Therefore, in May, the Chinese put the transmission satellites “Queqiao” (Bridge of Magpies) in position to send signals from the radio shadow can.

With a smooth running of the Moon mission, it should be proven that China’s ambitious space program is making great progress. Among other things, experiments with low radio frequencies are planned. Without the earth’s atmosphere and other disturbances, astronomers can better capture signals in the silence of space and hope for new insights into the formation of the stars.

In addition, “Chang’e 4” seed has been loaded to check whether vegetable cultivation in a closed environment with the low gravity of the lunar surface is possible.

On board is also a radiation measuring device developed by scientists of the Kiel Christian- Albrechts-University. The Kiel experiment should measure the radiation and the water content of the soil for at least one year and send the data to earth. The findings from it should help to prepare future manned lunar missions.

In 2019, China plans another unmanned landing to return rock samples to Earth. For the first time, a Chinese will set foot on the earth satellite by 2030. The lunar missions are just one part of China’s ambitious space program, which includes the construction of a space station around 2022.

“Chang’e 4” was launched from Earth on December 8 and reached the Moon orbit on December 12, according to state television.

Tagged as: astronauts to the moon back of the moon Chinese Chang'e 4 Probe On The Dark Side Of The Moon Queqiao robotic vehicle
RECOMMENDED POSTS