Next-Gen Kia Stinger Might Be An EV, Or May Not Happen At All

As a relatively affordable performance sedan, there’s a lot to like about the Kia Stinger, but the brand isn’t so happy with how the model is selling. The company is still weighing the decision of whether to give it a second generation. 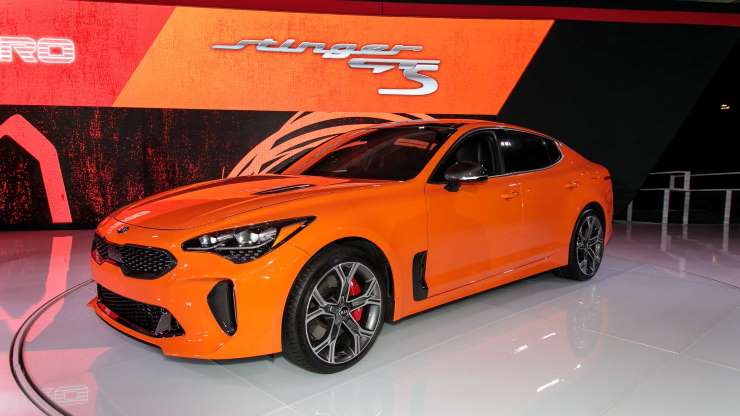 “At the moment I’m not sure it’s doing as good as we hoped,” Gregory Guillaume, the senior chief designer of Kia’s styling studio in Germany, told Car Sales from Australia. “We never really expected to do massive volumes. It was a halo car. We did want to be successful at least in America, the market where we thought there is a chance that it works.”

In Guillaume’s opinion, the brand needs to be patient with the Stinger. Since the public isn’t used to the idea of a performance sedan from Kia, the company needs to wait at least another generation before deciding whether to abandon the segment.

“As you know there’s a lot going on with electrification, so it could be that Stinger becomes something else. I don’t know. We’re not there yet. We’ve got a bit of time,” Guillaume told Car Sales, hinting at a possible future if the model gets a second generation.

Stinger deliveries are only about half the company’s forecasted figures in Australia, according to Car Sales, and the numbers aren’t much better in the United States. From January through August 2019, Kia has delivered 9,435 of them. Comparatively, the company moved 11,624 units in the first eight months of 2018. Dealers have been offering attractive discounts to make the performance sedan more tantalizing to buyers.

The hottest Stinger yet in America is the limited-edition GTS. It has a mechanical limited-slip rear differential. The model also packs a Drift Mode, and in this setting on all-wheel-models, the output only goes to the back wheels.