Large parts of Australia have been devastated by the worst wildfires the country has seen in decades, with huge blazes tearing through bush, woodland and national parks. 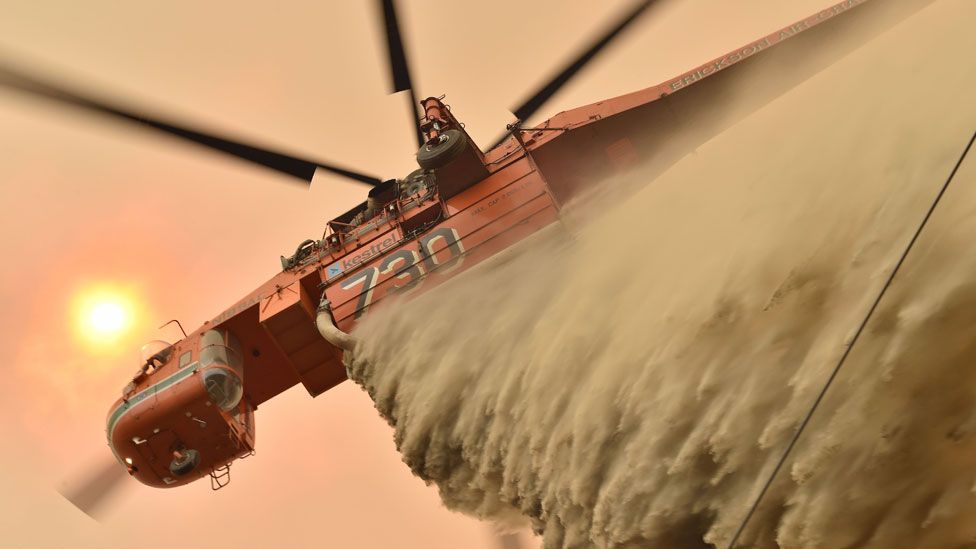 Record-breaking temperatures and months of drought have helped the fires burn an estimated 10 million hectares (100,000 sq km) of land since 1 July.

What are the Australian authorities doing to stop the fires and could anything have been done to prevent them?

Fighting the fires is a huge task

Bushfire conditions eased over the weekend, giving fire crews a period of temporary respite. But authorities say the huge fires will persist until there is substantial rainfall. More hot weather is expected next week and the risk was far from over, they said.

Thousands of firefighters are still battling blazes across large swathes of Australia – ranging in size from small fires to infernos burning across hectares of land.

Entire towns have been engulfed and residents across several states have lost their homes. At least 28 people have died.

State and federal authorities have been working together to try to stem the spread. While they have managed to contain some within a matter of days, the biggest blazes have been burning for months.

Many people are involved in the battle

At least 3,700 firefighters are on the ground at any one time across the country during the worst periods, according to the country’s state fire services. Most are in the worst-hit states of New South Wales (NSW) and Victoria.

When fires have been at their worst, about 2,700 firefighters have been battling the blazes at any one time in NSW alone.

Ben Shepherd, of the NSW Rural Fire Service, said his colleagues had dealt with 4.2m hectares of burning land this season, compared with the typical 300,000 hectares.

“It’s been an incredibly long campaign,” he said.

Fire crews across the country have been joined by 3,000 army, navy and air force reservists who are assisting with search and rescue and clean-up efforts.

Further support coming from the US, Canada, and New Zealand, who have sent additional teams and equipment to help.