As President Donald Trump continues to fill his Twitter feed and campaign speeches with attacks on Hunter Biden over his foreign business deals, the former vice president’s son defended the ethical implications of his private ventures in an interview with ABC News, but conceded taking a misstep in failing to foresee the political implications on his father’s career. 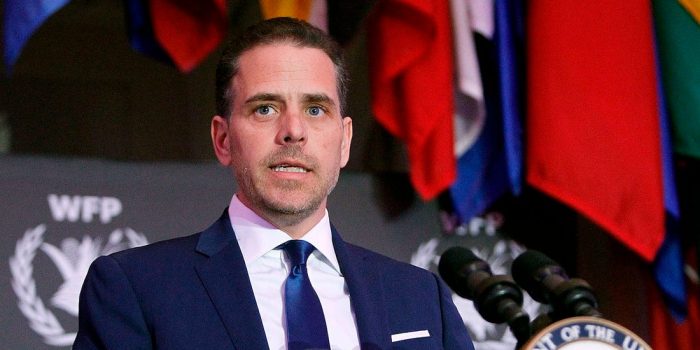 Biden said, “I take — full responsibility for that. Do I — did I do anything improper? No, and not in any way. Not in any way whatsoever. I joined a board, I served honorably. I did — I focused on corporate governance. I didn’t have any discussions with my father before or after I joined the board as it related to it, other than that brief exchange that we had.”

Hunter Biden reiterated that he never discussed his foreign business dealings with his father, and made it clear he has no interest in becoming a political football as congressional Democrats haul witnesses in for depositions as part of their impeachment proceedings.

“I’ll let Congress handle that,” he said. “And I’ll let you guys in the media handle that. And I’ll let my dad’s campaign handle that. And the only thing that I’m looking to handle is to make certain that I get up every day and do the next right thing. And that really is the way that I’ve been trying to live my life.”

“I’m taking it off the table, Amy,” Hunter Biden said of his decision to step away from any foreign businesses. “I’m making that commitment. Let’s see if anybody else makes that commitment. But that’s the commitment that I’m making.”

“Look, I’m a private citizen,” he said. “One thing that I don’t have to do is sit here and open my kimono as it relates to how much money I make or make or did or didn’t. But it’s all been reported.”

In a press conference over the weekend, Joe Biden said the decision “represents the kind of man of integrity [Hunter] is.” The president took the opportunity to recast the decision as Hunter “being forced to leave a Chinese Company.”

While the congressional impeachment inquiry focuses, for the time being, squarely on the president’s interactions with Ukrainian officials, Trump’s more recent line of attack against the Bidens has targeted Hunter’s Chinese business venture. Earlier this month, Trump called on Beijing to launch an investigation into the matter.

Asked about that interaction, Hunter Biden said he could not remember it specifically, but said he “probably” introduced them, and in fact “hoped” he had – adding that he had been friends with Li for 13 years.

In fact, he used the president’s attacks to draw a contrast between his father and Trump.

Still, as the son of the former vice president, he recognizes the reality of his position – and that if his father succeeds in winning the White House, there will be much more of the criticism.