Mare Has Been Walking Alone In Frankfurt For 14 Years

A horse wandering around alone has made it to the internet hit. The mare goes for a walk with strangers in Frankfurt and even finds the long way back to the stable. 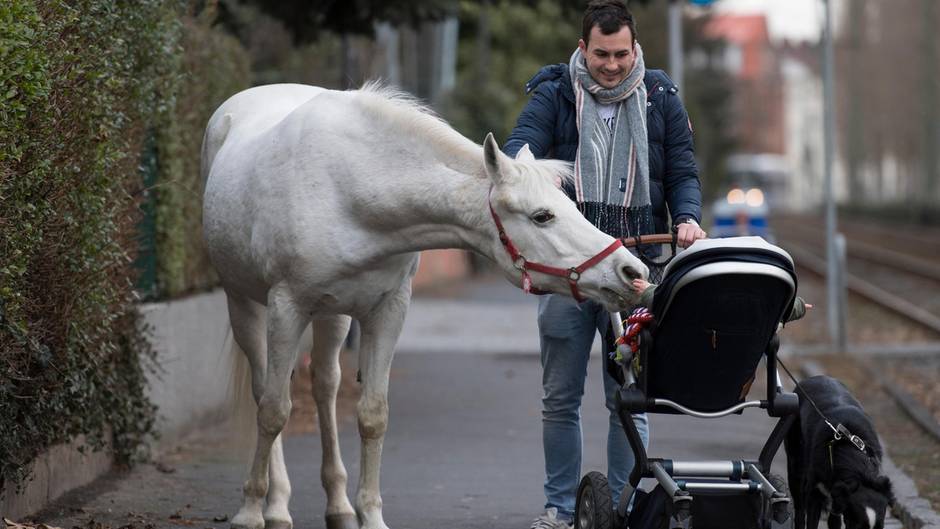 A horse traveling alone through a district of Frankfurt for 14 years has become an internet hit, according to media reports. The white Arab mare Jenny walk in the district Fechenheim alone from her stable to a field and back, said her owner Werner Weischedel. Passers-by greet the horse, she is also known to tram drivers.

On her daily route, Jenny lays up to 20 kilometers, according to her owner. “It has never happened,” said the 79-year-old. Even with the Frankfurt police Jenny is known, but not because of any missions: “We never had to act,” said spokeswoman Isabell Neumann. The animal also carries a note on the halter with the text: “My name is Jenny, I did not run away, I just go for a walk, thank you.”

After the newspaper reported on the animal, it also became known beyond Fechenheim. A video of the Hessischer Rundfunk (HR), which had shared the show “Maintower” on their Facebook page, was clicked many thousands of times until Friday. “Jenny has a lot of exercise through her walks and she looks very relaxed and satisfied,” said veterinarian and board member Maren Hellige. The walk is in their usual environment, cars, strollers and the tram are commonplace for them.