The effects of social media use on teenage life satisfaction are limited and probably “tiny”, a study of 12,000 UK adolescents suggests. 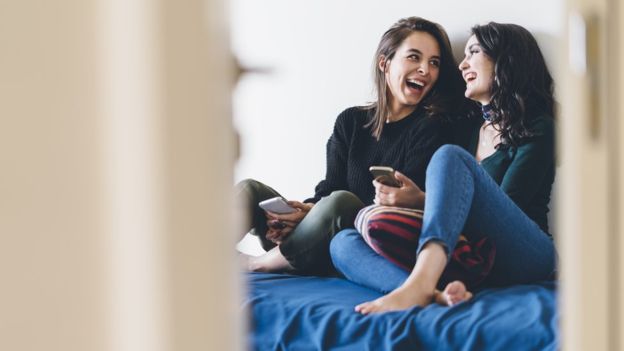 Family, friends and school life all had a greater impact on wellbeing, says the University of Oxford research team.

It claims its study is more in-depth and robust than previous ones.

And it urged companies to release data on how people use social media in order to understand more about the impact of technology on young people’s lives.

Past research on the relationship between screens, technology and children’s mental health has often been contradictory.

Prof Andrew Przybylski and Amy Orben, from the Oxford Internet Institute at the University of Oxford, say it is often based on limited evidence which does not give the full picture.

Their study concluded that most links between life satisfaction and social media use were “trivial”, accounting for less than 1% of a teenager’s wellbeing – and that the effect of social media was “not a one-way street”.

Prof Przybylski, director of research at the institute, said: “99.75% of a person’s life satisfaction has nothing to do with their use of social media.”

The study, which took place between 2009 and 2017, asked thousands of 10 to 15-year-olds to say how long they spent using social media on a normal school day and also rate how satisfied they were with different aspects of life.

The researchers said it was now important to identify young people at greater risk from certain effects of social media, and find out other factors that were having an impact on their wellbeing.

Ms Orben, co-study author and psychology lecturer at University of Oxford, said the industry must release their usage data and support independent research.

“Access is key to understanding the many roles that social media plays in the lives of young people” she said.

Dr Max Davie, officer for health improvement at the Royal College of Paediatrics and Child Health, backed the call for companies to collaborate with scientists and called the study “the first small step”.

However, he said there were other issues to explore, such as screen time’s interference with other important activities like sleep, exercise and time with family or friends.

“We recommend that families follow our guidance published earlier this year and continue to avoid screen use for one hour before bed, since there are other reasons beside mental health for children to need a good night’s sleep.”