You use tech. You love tech. But, have you ever thought about investing in it? Many of us are happy to pummel money into this field without making a penny. But, if you fall for each tech release on the market, it might be time to make a little something back.

Of course, you don’t need to be a genius to see investing here is hot stuff. In a market which moves fast, many of us want a piece of that action. What’s more, the technology giants seem to pull profits consistently. But, by no means does that make this a fool-proof plan. Even in a stable market, you need to research before starting. On the one hand, that means finding out everything you can about different forms of investment. Take some time for finding courses in spread betting and any other form of investment which appeals. And, you also need to know about the markets you’ll apply those investments to. And, that’s where we come in. Here, we’re going to look at some of the best tech markets available today. Read on to put your money where the profits are.

It should come as no surprise that Netflix stocks are soaring. In fact, they’ve been flying high since last year. But, 2018 looks even better for our favorite streaming giant. With a current trading price of $311.64, they’re up by 60%. And, those prices only look set to increase in the second quarter of the year, with the company setting their sites on a target of 5.6 million new subscribers. With figures like those, Netflix is the best streaming investment you could make right now. 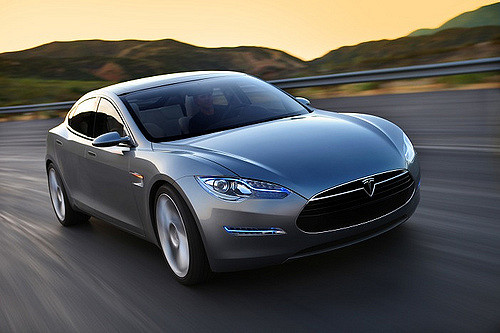 They’ve been front of the line when it comes to driverless cars for a while, now Tesla are top of many people’s tech investment lists. Why? Perhaps because they show no signs of slowing down. Quite the contrary, Tesla is, by far, the car company which understands tech integration best. While other manufacturers are now catching up on the self-driving scene, Tesla still manages to come out ahead. What’s more, some setbacks in the production of the Model 3 have put many investors off his options. But, if you’re willing to watch the market and take the risk, these guys could well pull through for you.

Intel may seem like a bit of a curveball, but most predictions for significant tech investments this year mention these guys. Many of us would assume that this old company offers nothing better than an appealing tune when it’s systems start, but 2018 looks set to be a year of change. What’s more, the sideline position of this option stands to make you big bucks if this works out. Wall Street brokers have certainly seen somewhat of a turnaround in Intel stocks recently. In fact, the company has just broken out from a three-year trading range. So, if you really want to make some money, this could be the best place to do it.

Standard Rules to Deal with the Options Market

Forex trading is one of the most profitable professions in the world. Involving yourself in this industry...

Injuries within the workplace can have a knock-on effect across a wide range of areas. This includes...

Nowadays, its commonplace to organise your personal finances with a savings account and pension pot but...

5 Ways to Make Money Without Having a Job

There are many ways to make money without having a conventional job; here are five of the most popular...