Brexit: Theresa May To Formally Ask For Delay

Prime Minister Theresa May is writing to the EU to formally ask for Brexit to be postponed. 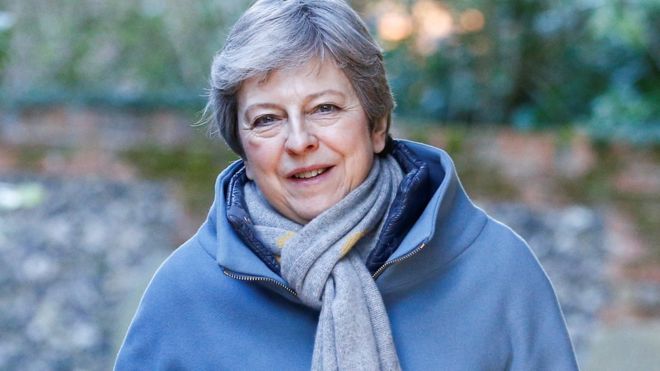 EU Brexit negotiator Michel Barnier said the EU would not grant a delay without a “concrete plan” from the UK about what they would do with it.

Under current law the UK will leave the EU with or without a deal in nine days.

MPs rejected the withdrawal deal Mrs May has negotiated with the EU for a second time last week by 149 votes. They also voted in favour of ruling out leaving the EU without a deal, and in favour of extending the Brexit process.

She still hopes to ultimately get it in front of MPs for a third go, but says even if that happens and they vote in favour of it, the UK will need a short extension to get the necessary legislation through Parliament.

A cabinet source told the BBC she therefore plans to ask the EU to agree to postpone the UK’s departure until 30 June, but with an option of a longer delay as well.

Another cabinet source said they were frustrated that the PM had not been clear about which delay option she would be arguing for.

Commons leader Andrea Leadsom is said to have criticised colleagues, saying they now amounted to a “Remain cabinet”, not a “Brexit cabinet”.

Mr Barclay suggested that MPs would “find a way” to get another vote, if the government manages to persuade enough of them, including the 10 Democratic Unionists, to change their mind and back the deal.

What is the EU saying?

At a news conference in Brussels, Mr Barnier said it was up to the 27 EU leaders to decide whether to grant a delay, based on what was in the “best interest” of the bloc.

But for a longer delay “there needs to be a new event” or a “new political process” – so that “we are not back in the same situation as today”.

“They agreed that we must now see what proposals emerge from London in advance of the European Council meeting in Brussels on Thursday,” it said.

What about the opposition parties?

When asked about another referendum, he said: “The issue has to be put to the people after Parliament has made some kind of decision.”

He said a public vote had to be on a range of options, saying: “It cannot just be on Theresa May’s deal or Remain – there has to be some choice for the people.”

“We were there to talk about a People’s Vote and the only thing I felt he was comfortable talking about was Labour’s version of Brexit,” she said.