Special places: which places are sacred to us? An art historian on historical, religious, mythical sites. 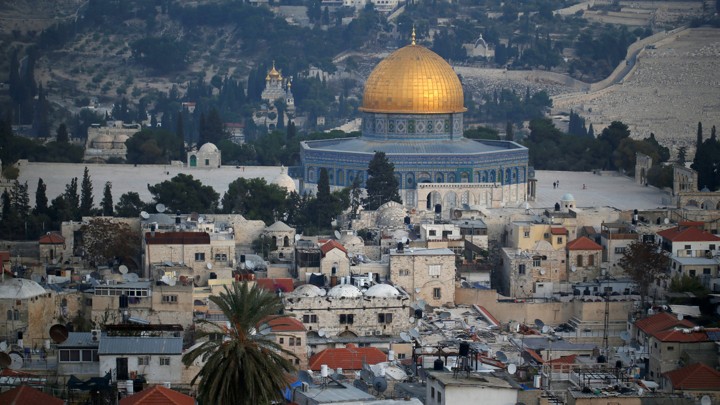 Smoke and excitement have moved away from Notre-Dame, two questions remain: What makes a building so special that people mourn it? And which structures still have that power in them?

Notre-Dame was also about art. But not only, says Herbert Karner. The art historian heads the Department of Art History at the Austrian Academy of Sciences and says: “At the time of the fire, we all suddenly witnessed a highly significant historical event happening only every few hundred years. To the picture of the high altar and the cross, which still shines. That’s where new myths come from.”

Places like Notre Dame surround a collection of such myths – historical, religious, spiritual and art historical. “That’s why you can not scare monuments that exert such power,” says Karner. “There are political intentions behind many of them or a religious-political one.” Some were constructed as places of power, others were used to take over the old places of worship of earlier peoples. Either way: “You have to acknowledge that they have this effect on people.”

This is especially true of St.Peter’s Square in Rome, says Karner. “A fire in the Vatican would be a separate category, immensely dramatic.” Also because of the art treasures, but above all because of the symbolism. “Imagine, only the obelisk would remain and everything around would have burned down.” The obelisk is considered a sign of the Christianization of the Gentiles.

A place of equal importance is Jerusalem, with which three religions are closely connected through the Jewish Wailing Wall, the Muslim Dome of the Rock, and the Church of the Holy Sepulcher. Karner: “There, the component of the history of religion probably is much larger than the art historical one.”

Even the almost 1500 years old Hagia Sophia in Istanbul – once a church, later a mosque – is such a building. “There, the transformation from Christian to Muslim sacred space is exciting. And it is outstanding in terms of architectural history. “According to Karner, the connection between cultural and theological value can also be seen in the Kaaba in Mecca. “In the Arab world, the meaning of art and religion are not so much separated as they are here.”

What is even more evident in places of power such as Varanasi on the Ganges, where devout Hindus want to be burned. As with many rivers, cultural and spiritual significance are combined with the vital water.

A number of places of power remained from extinct religions. The temples of Angkor in Cambodia from the Khmer culture or the Egyptian pyramids, which Karner finds important from an architectural history point of view. The Aztec Teotihuacán in Mexico or the royal city of Bagan in Myanmar.

Spiritual places are often perceived as esoteric, such as the English Stonehenge. For Karner, another example fits better: “One has to take this seriously, esotericism is a constant in human existence, even though much of it can not be scientifically evaluated. Lourdes in France is the best example. “

Comments
Tagged as: Ancient Place With Values English Stonehenge Jewish Wailing Wall Kaaba in Mecca St.Peter's Square The Church of the Holy Sepulcher The Muslim Dome of the Rock The temples of Angkor
RECOMMENDED POSTS