Millennials And The Housing Market: Why Home Ownership May Not Be As Important As We Think

Throughout history, property and land have been a signifier of wealth and social standing. It’s no wonder, then, that the American dream is built around the idea of a house to call our own. It’s a driving force in most of our lives and is the reason we work so hard. When you have a home, you’ve finally arrived, right? 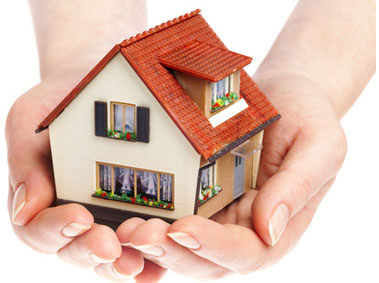 Yet, countries across the world are facing housing crises, and the U.S. is no different. Ever rising house prices mean millennials are finding it difficult to get a foot on the ladder. Add the fact that young people are now paid less given their education, and it’s easy to see where the problem lies. The U.S. may have one of the largest percentages of homeowners, but that looks set to change if we continue on this path.

A look at the statistics paints an even bleaker picture. U.S. homeownership across age groups is at its lowest in five decades at just 67.9%. And, when we break it down, things get worse with only 34.1% of under 35s. You could assume that this is a deliberate decision. Perhaps our youngsters no longer see the appeal of homeownership. After all, your house has a lot less of an impact on social standing now. But, results from Fannie Mae’s National Housing Survey saw 93% of 25-34-year-olds saying that home ownership was their ultimate goal.

Which leaves us wondering why young people are pushing themselves towards a goal which is increasingly out of reach. In many ways, this goes back to the societal beliefs mentioned above. Despite massive changes in the way we live, the dream of homeownership remains strong. Plus, many fall into the trap of seeing homeownership as the ultimate investment. A home is a nest egg many of us aim towards. It’s a safe place to put our savings and see a return.

While in the past, a home was forever, the market now moves fast. The aim, to start, is to get on the property ladder in the cheapest way possible. Then, within two years or so, owners move on at a profit. Not only is this ruining any sense of community on our streets, but it’s also in part to blame for the rising prices. Each time someone buys a property and moves on, they knock prices up even further.

Yet, when you take a step back and look at home ownership, it loses its shine as an investment hotspot. If the main reason for home ownership is making money, it may be past time for a shift in attitudes. After all, for what other investment would we place such a large sum, and wait so long to see a return? Not to mention that the return isn’t exactly a large one in most cases. Money made on homes generally goes straight into moving elsewhere. Hence, you could argue that there’s no real monetary value in the pursuit.

When you consider that, home ownership suddenly loses a lot of its appeal. Stripped back, you could argue that there’s actually no real reason for owning property in the modern age. For youngsters especially, the investment could be nothing more than a hindrance. Not only will all their savings be tied into their home, but they’ll also be locked regarding location. While long-term mortgages are a thing of the past, moving too fast could see you moving at a loss. That’s hardly ideal when you have yet to settle in a career and so on.

But, if home ownership is off the cards, what choices do our millennials have? For one, while owning a house may no longer be practical, they could look into an alternative like an executive condo, or apartment. These options still have the benefit of ownership but without excessive up front costs. As such, young people will still have a higher level of freedom when it comes to their money. Not all their savings will be lost to property.

That said, a look at the rising prices of condos suggests that this won’t be a workable option for long. Sales have seen recent spikes, and condos have been blamed for rising house prices in some areas. It seems more and more people are cottoning on to the practicality of this option.

While it’s not a reality we’re used to, it makes a lot of sense. And, in countries such as India, multi-generational homes like these are the norm. When a family remains together, they can use their joint incomes to afford a home which suits them all. Plus, there’s less pressure on each individual to come up with large sums. In many ways, it seems like a no-brainer. And, with the correct privacy measures in place, there’s no reason this move can’t work.

Many youngsters worry about failing to gain freedom if they stay at home. But, if they opt into homeownership alongside family members, they’ll be in a much better position. The house will, in a roundabout way, belong to them. As such, they’ll have more of a right to their space. If you’re worried about hearing the ‘this is our house’ mantra, this could be the best way forward.

And, of course, we have to mention renting, too. This, more than anything else, seems to be the replacement for ownership. There are obvious downsides, such as potential instability, and significant expense for no payoff. But, when you rent, you get your own space and a home which at least feels like yours. Plus, renting eliminates maintenance costs and so forth. In light of the above points, it may not be such a terrible option, after all.

Comments
Tagged as: Housing Market
RECOMMENDED POSTS
5 Common Pest Invaders in Denver and How to Keep Them Out of Your Home

You strive to keep your home safe and comfortable, but you don’t want pests also sharing your cherished...

How to create homemade flea killer for your home

As soon as seeing flea infestation in home, many people dash into local store to buy industrial products...

Everyone does their best to maintain a clean and tidy home. We appoint our homes with tasteful things,...

What Exactly Goes Into A New Build?

If you have the budget, the desire to own your dream home, and the willingness to put in the extra work,...