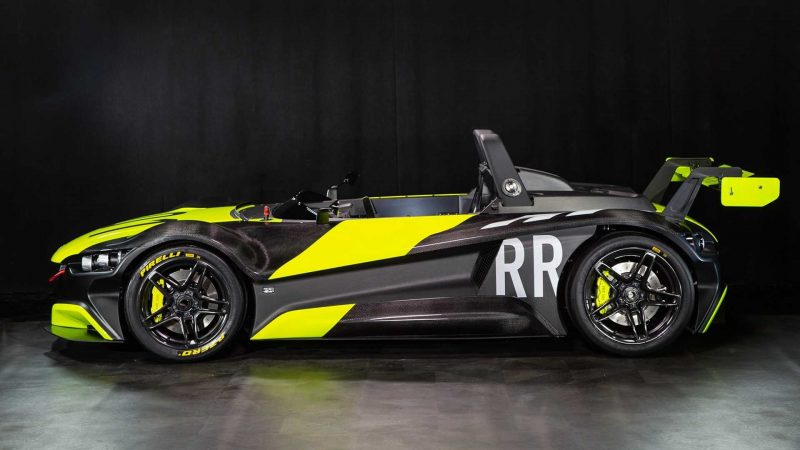 Do you remember the VUHL 05? It is forgotten, if not now. It is a hardcore track tool from Mexico that first hit the automobile map in 2013. The company belongs to the brothers Guillermo and Iker Echeverria, the strange name stands for “Vehicles of Ultra-Light weight and High Performance”. In order to catapult back into the consciousness of the enthusiasts, one has now presented a significant upgrade. Say hello to the VUHL 05RR, including a massive, 40 percent boost in performance that gives the car a better power to weight ratio than Bugatti Veyron or McLaren P1.

The 05RR is aimed at people who are not deterred by extreme devices like an Ariel Atom, a KTM X -Bow or a very strong Caterham. He is an evolution of the 05, but apparently everything is a whole lot better. This Ford 2.3-liter Eco Boost four-cylinder brings it to 400 hp (just under 110 hp more than its predecessor). In addition, again properly weight was taken out. From a car that you had to tie on windy days before. Now another 65 kilos went overboard, which leads to a mass of only 660 kilos. Responsible for the diet are among other things new carbon wheels. In principle, this car is as good as anything made of carbon. With the exception of the tires maybe.

All this finds expression in pretty phenomenal driving performance. From 0-60 mph (0-97 km / h) the VUHL 05RR goes in 2.7 seconds. The end is at 255 km/h. Another plus: The engine is now 50 mm lower, which of course also lowers the center of gravity of the vehicle. Add to this a new race -focused suspension and the option of slick tires. The consequence according to VUHL: “Traction in excess”.

Pricing details are not really there yet, but the new 05RR is already being sold in Mexico, Europe and the US. If anything helps you: The UK based Bespoke Performance is accepting orders for 95,995 British Pounds, which currently stands at around 109,000 Euros.

Since the first sold VUHL 05 in 2015, the company has been steadily refining the car. According to technical director Iker Echeverria, the 05RR is “a car with no limitations and an improvement in almost every aspect”.